As a native of West Bend, WI, Dr. Alexander had childhood dreams of becoming a dentist. These dreams led him to pursue an undergraduate degree at Marquette University, where he became involved in the downtown Milwaukee community and gained firsthand knowledge of the shortcomings of our current healthcare environment. From that point on, Dr. Alex knew he wanted to provide a better solution for community members - one that would be drug-free and help people feel empowered to make their own health decisions.

Dr. Alex became interested in the chiropractic field after a close friend educated him on the true power of chiropractic care. Once he had investigated several different techniques, Dr. Alex decided to seek out a neurologically-based chiropractor who ended up being able to correct the root cause of his specific health concerns. He noticed a decrease in his life-long chronic headaches and allergies within weeks! Amazed by the results and inspired to provide the same care for others, Dr. Alex decided that he wanted to become a chiropractor as well.

Dr. Alex isn’t the only member of his family with a chiropractic success story. His mother was in a car accident that caused her to suffer from low back pain for more than seven years. After seeing countless doctors who did nothing but prescribe medications that would temporarily mask her pain, she was advised to undergo surgery. Unfortunately, the surgery resulted in little improvement, and she was told that she would likely need further surgeries down the road. Dr. Alex suggested that his mom should try seeing a chiropractor before going through any other procedures. She followed his advice and has had a significant decrease in her pain, making any further surgeries completely unnecessary!

Dr. Alex attended Palmer College of Chiropractic in Davenport, Iowa. While in school, he worked under the family and pediatric staff doctor in Palmer's Clinic. He was also given the opportunity to assistant teach other students about pediatric and obstetric chiropractic care. Dr. Alex graduated with an advanced certification in the Torque Release Technique. Upon graduation, and still driven to give back to the Greater Milwaukee community, Dr. Alex opened Connect Chiropractic in Wauwatosa in March of 2020. 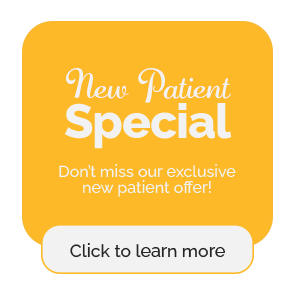